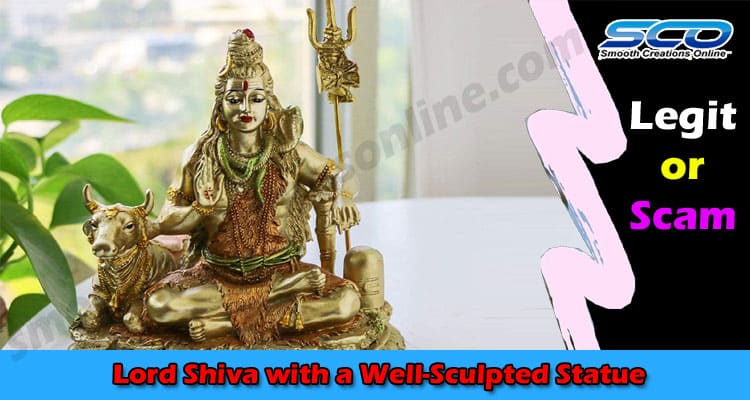 There are several stories and legends in Hindu mythology that explain the origin and history of Shiva Hindu god of destruction. While there’s no definitive answer to which story is correct, the fascinating visual history of his depiction can be seen in beautiful sculptures.

Here are some examples showcasing Shiva’s evolution from the earliest times.

The Birth of Shiva

Most people believe that God Shiva was not born from a human body. According to Hindu mythology, he is believed to be a Swayambhu, meaning he was not created as an embryo.

He came into being on his own. He existed before there was anything, and he will continue to exist when everything has been destroyed. That is why he is affectionately referred to as the ‘Adi-Dev,’ which translates as the ‘Oldest God’ in Hindu mythology.

There are many kinds of sculptures and statues of Lord Shiva. He is often depicted as being deeply immersed in meditation or dancing the cosmic dance of creation, preservation, and dissolution.

According to the belief, God Shiva represents the source of all movement in the cosmos, and the arch of flames symbolizes that idea. The dance aims to free men from their illusions about the “self” and the physical world.

The cosmic dance is believed to have taken place at Chidambaram, South India, which some Hindus consider the center of the cosmos.

Hindus believe that a Nataraja statue brings these positive influences into your home.

Ardhanareeswara combines the terms “Ardha,” “Nari,” and “Ishwara” to create the title “half,” “woman,” and “lord.” Shiva is the God, while Goddess Parvati or Shakti is his spouse. As with several Indian and Southeast Asian carvings, the statue’s male side is decorated with Shiva’s customary decorations. It’s half-haired and matted, with the third eye showing on the forehead, a tiger skin covering the loins, and snake ornamentation.

The other part depicts a woman with well-manicured hair, a tilak (a circular dot) on her forehead, a red toenail, thick eyeliner, eye shadow, a red silk sari, and henna-dyed feet.

This form implies that God is beyond the duality of genders and reinforces that men and women are equal in the eyes of God.

Every symbolic form is significant in Indian literature and the Shastras and scriptures. Symbolizing the Almighty Supreme Eshwara, Jeeva’s emblem is a bull named Nandi (Individual soul). Standing on four legs, the bull is a sign of solidity in a meditative and attentive state.

As symbolized by Nandi’s sitting posture of constantly gazing at God, the goal of life is to understand the interconnectedness of all creation and identify yourself as one with the Divinity.

The meditating Shiva sculpture will make your interiors more harmonious, balancing the energy fields of your house or office. Your room will become a sacred place where you can get away from the everyday stress and find inner peace and relaxation.

The sculpture depicts a single sitting position, and Lord Shiva appears very tranquil though it is an active form of mediation.

As you keep it at home, you will be reminded of Lord Shiva’s balancing act, which can teach you to let go of what you don’t need and help you stay grounded in your lives.

The Destroyer Sculpture of Lord Shiva on Mountain with Nandi

The Destroyer, also known as Shiva, is an awe-inspiring sculpture. He wears ornaments of snakes, most likely representing time, Sankha and Chakra. The two snakes represent time as they are reborn again and again after slithering through the ashes of cosmic destruction.

This form reinforces that destruction is essential for life to begin anew. Lord Shiva is entrusted with this responsibility.

The sculptures of Shiva, the Hindu god, can show God’s true meaning and religious significance.

The sculptures of Lord Shiva are made in the traditional method by using marble, wood, and metals. The colors used for his paintings are obtained from God’s nature and hence have a soothing aura.

These statues make the atmosphere more beautiful and show that materialistic things will never give humanity peace and happiness. Instead, people should always focus on the spiritual side to have a truly peaceful life.

Also Read  – Buikbira com Reviews: Is This Authentic Or A Scam?