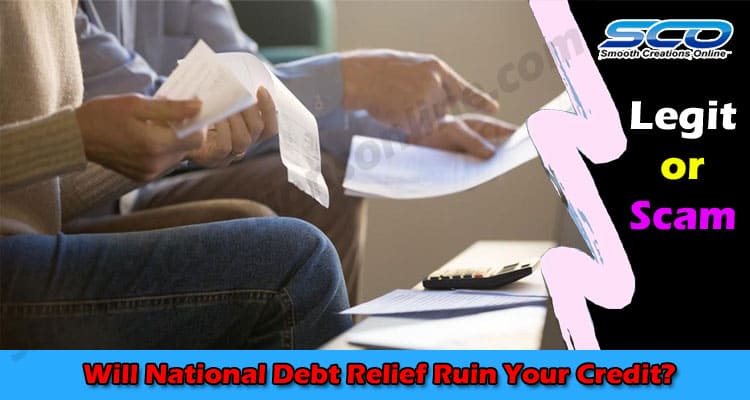 You’ve chosen debt relief as the way to rid yourself – finally! – of your ever-worsening debt issue. That’s understandable since the financial strategy has helped scores of people just like you. You’re mulling National Debt Relief as the company you want to steer you to a better path. But you have questions, like, how, exactly, does debt relief work? And will National Debt Relief ruin my credit? Let’s look at all of that and more.

What is Debt Relief?

With this approach, which is also called debt settlement, you hire an agency such as National Debt Relief to see whether your credit card companies, or other creditors, will accept less than what you owe to “settle” your debts. Such creditors usually go along because if you file for bankruptcy – your other option at this point – there’s a good chance they’ll get nothing.

How Does Debt Relief Work?

With National, you can enroll over the phone. After that, you’ll be asked to deposit funds monthly into an escrow-like account from which your settlement payments will ultimately be derived. But first you must save enough cash to be used as leverage when National goes to bat with your creditors on your behalf. After each deal is struck, and approved by you, that’s when the creditor is paid.

For sure. For one thing, the company’s been in business since 2008. That means it’s established, an important factor in a field where there are a few bad actors. Since its founding, it’s become one of the country’s biggest debt settlement companies. Check out National Debt Relief reviews and you’ll see why.

The company is also accredited, which is equally important. National is a member of the American Fair Credit Council and the International Association of Professional Debt Arbitrators.

What Kind of Debt Does National Accept?

It works with a variety of debt and requires at least $7,500 of it. The kinds of debt it accepts includes personal loans, credit cards and department store cards, installment loans, bank overdrafts, business debts, back rent, veterinary bills, bank loans and some judgments.

You also must be multiple months delinquent and financially pressed upon enrollment. If a creditor believes you can eventually pay the whole amount owed, it may not settle with you.

How Much Does National Charge?

First off, National never charges you upfront, which is against the law, by the way, not that that has stopped some unscrupulous agencies from trying.

How much you end up paying will range between 15% and 25% of enrolled debt, depending on your state of residence and your debt load.

Not National, specifically. However, the process of debt relief will cause your scores to decline because, rather than pay your creditors directly, you put those payments into a savings account that will be used for payments once your settlements are reached. That will take between two to four years, depending on your case.

However, it’s important to remember that your credit is lackluster at best now anyway. Ironically, that could help nudge creditors to settle your debt, since they can see that bankruptcy will otherwise likely be your next stop.

And most importantly, keep in mind that your scores will rebound and then some once you complete the program.

So, will National Debt Relief ruin your credit? No. We know that debt relief in general affects it, but “ruin” implies permanence, and that’s not the case here. In fact, if you go through a company like National, your credit scores and overall financial situation will surely improve.