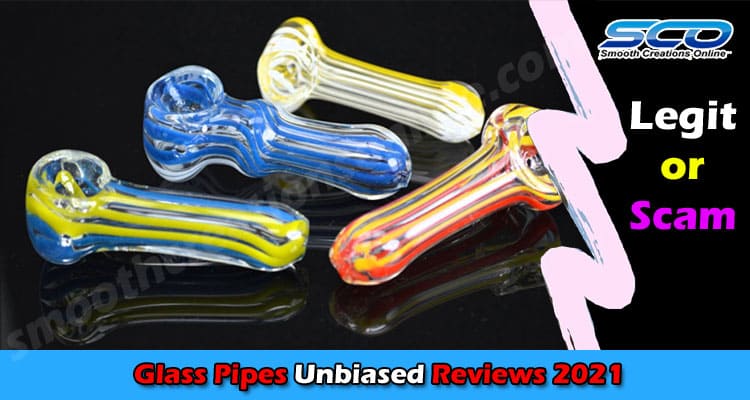 The market for legal marijuana is expected to grow with a CAGR of 26.7% by 2028. If you plan to join the club of marijuana smokers, then you have probably wondered about the best way to use it. Pipes are the most sought-after way to deliver moderate to intense marijuana hits. There are many variants in weed pipes, but glass pipes are the most favored as they offer many advantages.

Are you planning to buy your first weed pipe? Here are some things you may need to know.

History:- Humans have been using marijuana for medicinal and recreational purposes. Pipes, however, have a shorter history, dating back to the 1800s, when corn pops first became popular. Since then, avid marijuana pipe manufacturers have experimented with different materials such as wood, metal, and glass for pipes.

Metal cannot withstand the heat for long without being damaged and becomes too hot to handle. Wood gives its flavor to the weed, and even though you can still find corn cob pipes, they are a rare sight.

As a result, glass became a popular and much sought-after alternative for making weed pipes. It neither got too warm nor added flavor to the marijuana.

Glass pipes have been around for about half a decade and come in various forms and shapes. The most popular are chillums, spoon pipes, Sherlock pipes, bubblers, and steamrollers.

A chillum is the simplest type of pipe that requires you to pack dried marijuana at one end, light it up and inhale from the other end. Spoon pipes were inspired from tobacco pipes, and came with a bowl to store the herb at one end, and a hole that acted as a carburetor that allowed the smoke to remain fresh at all times. Named after the famous Sherlock Holmes, the Sherlock pipe has a bowl to hold the herb and heat it and a stem that delivers the smoke.

A hybrid between a bond and a glass pipe, bubbler has a small chamber for water, which can be hot or cold. The water filters out any harsh elements of the herb and delivers a smooth experience. Steamrollers, meanwhile, are the most complex variants with a bowl, a carburetor, and a cooling chamber that provides a robust hit. First-time users should use them with caution.

When you think of glass pipes, the first thing that comes to mind is a fragile-looking device that can break easily. However, that’s not always the case.

It is usually made of scientific glass, borosilicate, which can withstand extreme temperatures and handle the chemicals without damage. Therefore, the most common variant in the market is glass pipes.

Artisan pipes are one-of-a-kind art pieces made by artists and usually bought by collectors. They are a matter of pride for the owner and focus more on form than function.

Weed pipes come in hot smoke or cold smoke, large or small bowls, with or without a carburetor. With many variants available online, you are bound to find the pipe of your choice without having to search too hard.

The cost of glass pipes can range from $9.99 to as high as a couple of hundred dollars. The more complex you want the apparatus to be, the more you pay for it.

Once you have bought a glass pipe of your choice, it is time to use it for the experience of a lifetime.

Here are the instructions for using a glass pipe.

A new pipe may have some resins and tar left over from the manufacturing process, rendering it harmful if used without cleaning it first.

There are two methods recommended to clean glass pipes.

Boiling: Boiling a pipe helps reach the furthest crevices but can be disastrous if not done correctly. But, don’t simply drop the pipe into boiling water. Instead, it would help if you sterilized it by placing it in a water vessel and then heating it. Let the water boil, and after a couple of minutes, remove it from the stove and let the pipe sit in hot water for another 15 minutes.

Alcohol: You can use a 91% alcohol solution with some salt to remove any residual resin on the pipe.

It is recommended that you use one of these cleaning methods not just for a new pipe but also after every use.

Once your pipe is clean and dry, you can begin by packing the herb into the bowl. Depending on the type of pipe, the amount of herb required will vary. It is best to use dried marijuana as it lights up easily. You can find a lot of flavor blends out there. Pack the herb tight to get optimum results.

Light the herb using a match or lighter. Since it is dried, it lights up quickly but may require lighting frequently if there is some moisture.

Make sure that you handle the pipe with care, as it can be pretty fragile if mishandled. Make sure that you hold the bowl upright when the herb is lit to avoid accidental spills. Also, remember to clean it properly before and after every use.

The main risk with a glass pipe is the risk of spillage with a water pipe. If there is a spill, it will stink up the whole room for days. Also, if you cough into the bubbler, it can destroy the bowl. The riskiest aspect is when you inhale too strongly from the bubbler, as you may end up inhaling the filtration water in it, which can be dangerous.

Glass pipes are a blend of form and function. They come in attractive designs and styles and can even be used as showpieces or art pieces when they are not being used for smoking weed. This guide to buying and using a glass pipe should prepare you for an unforgettable experience.