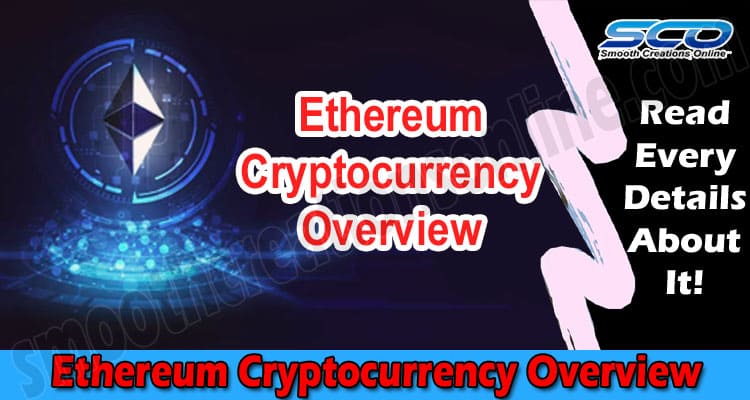 Ethereum Cryptocurrency Overview: Bitcoin was created as an alternative to fiat currency, but this is not the only possible function of the blockchain. The Ethereum team has created a software blockchain platform that is used to create and launch secure digital technologies for various purposes.

Ethereum is the first universal blockchain, thanks to which decentralized ledger technology has become suitable for application in any industry. Based on the Ethereum platform, you can create and deploy decentralized applications, decentralized finance systems, smart contracts.

The Ethereum network operates its own ETH token. It is used to pay for the platform services and supports its functionality. Like any other cryptocurrency, Ether can be accumulated, sold, bought, exchanged for other digital and fiat currencies. The coin is available on almost all cryptocurrency exchanges, however, to convert CAKE to ETH, the easiest way is to use the services of a non-custodial exchange service.

Each transaction is recorded on the blockchain. Each new block contains encrypted information from the previous block, supplemented with new data. Each new transaction is verified. Verification is performed by automated programs that must reach a consensus on the reliability of information about the transaction. Until consensus is reached, no changes to the network are possible.

The network uses a Proof of Work consensus mechanism. Participants run software that solves cryptographic problems to verify the authenticity of the encrypted number. This process is called mining. The miner who solves the problem first receives a reward in ETH. A new block is added to the blockchain and the cycle is repeated with new data.

The Proof-of-Work consensus mechanism is very slow and consumes a huge amount of power. To improve the technical characteristics of the platform, the Ethereum team plans to switch to a more efficient Proof-of-Stake consensus mechanism. After the end of the transition, the verification of transactions will be performed by users, whom the algorithm will randomly select from among those who placed bets.

How to store Ethereum

To store tokens, you need a cryptocurrency wallet. This is a special digital interface that provides access to your coins on the blockchain. That is, the wallet does not store the coins themselves, but the keys to them.

How Ethereum differs from Bitcoin

Bitcoin was developed as an alternative means of payment. The Bitcoin blockchain only supports its own coin. Ethereum is a worldwide programmable network with numerous applications for various purposes, including cryptocurrency projects. In addition to its own coin, the blockchain supports many other tokens.

Bitcoin is a deflationary asset. A total of 21 million BTS will be mined. The maximum number of Ethereum coins is not set, theoretically they can be created indefinitely. However, the speed of mining coins is determined by the speed of processing blocks. There are about 121 million ETH in circulation right now.

Both blockchains use the Proof of Work consensus mechanism. They consume a huge amount of electricity, but have a low throughput. The decision to switch Ethereum to Proof-of-stake was made in order to reduce energy consumption and increase the speed of transaction processing.

The future of Ethereum largely depends on the transition to the PoS algorithm. According to the plan, the “Merger” was supposed to occur in June 2022, but it is again postponed to a later date. The date has not yet been announced, but the developers are sure that the PoW time is already coming to an end.

The merger should improve the scalability, efficiency and stability of the platform. This is vital in the face of intensifying competition with more technically advanced blockchains.

Experts consider the next crisis of the cryptocurrency market and the fall in the ETH to USDT exchange rate to be a temporary phenomenon and in the long term they expect the uptrend to resume. The most optimistic analysts do not exclude that in the foreseeable future, ETHER will displace BTS from the position of the market leader.