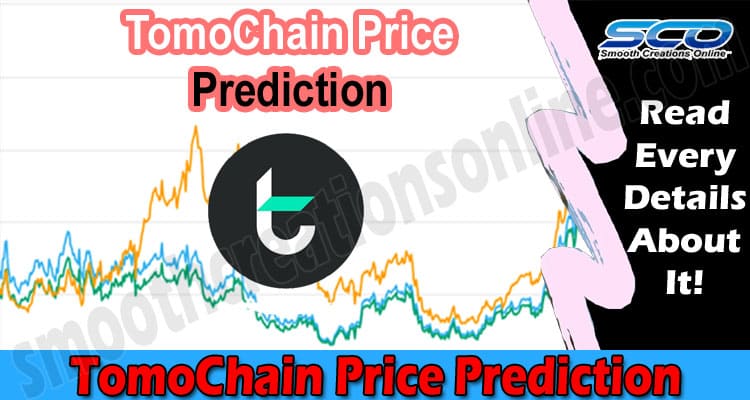 Meet an underrated crypto project that doesn’t cease to impress — TomoChain. It is the solution to blockchain scalability.

TomoChain is a project that has taken the blockchain scalability problem and made it one of its core focuses. The project aims to build a transactional system that will be highly secure, have low latency, and offer low fees.

TomoChain is a Singapore-based blockchain project founded by Long Vuong in 2017. The project’s team incorporates 30 members. They raised a total of $8.5 million in the blockchain’s first ICO. The crowdsale took place in March 2018.

The central component of the TomoChain blockchain is its utility token — TOMO. It acts as fuel on the network and remunerates the Masternode operators.

TomoChain can complete a transaction in two seconds and put through about 2,000 TPS. Here are the strong points of the TomoChain network:

How Does the TomoChain System Work?

To have a better understanding of the project, one must take a deep look into its technology. One of the chief components of the TomoChain blockchain is the consensus mechanism.

TomoChain utilizes Proof-of-Stake Voting (PoSV). PoSV is a Masternode-based Proof-of-Stake (PoS) consensus algorithm that relies on a network of 150 Masternodes. To become a TomoChain Masternode, you have to stake at least 50,000 TOMO coins.

Another crucial component in the TomoChain ecosystem is the notion of governance. The token holders determine who can secure the network. The TomoChain system makes sure that all of its Masternode servers are online. A Masternode has to show activity, or it will be replaced. It ensures that the network is always running at maximum capacity and is fully secure. Because there are 150 active Masternodes, the network is safer than other Proof-of-Stake blockchains.

TomoChain system proves to be more efficient when compared to similar projects such as Tron and Theta.

Will TomoChain Live Up to Everyone’s Expectations?

If you haven’t checked out the TomoChain Price Prediction article, you missed out on how it predicted the TomoChain price rise. Moreover, the TOMO coin is already three times higher than anyone could have predicted it to be a year ago. 2021 isn’t over. It means TOMO prices have all the possibilities to reach the $4 mark.

TOMO coin price forecasts vary from one source to another. According to Digitalcoin, the TOMO price will hit $5 by the end of 2021 and gradually increase to $15.81 by 2028. WalletInvestor predicts that TOMO will break the barrier of $5 only in 2021 and reach the price of $12.34 in five years. Opinions differ, but the common theme of all experts stays the same — TOMO will increase in price.

Despite being relatively new and not much-hyped, TomoChain has already experienced several price rises in the spring of 2018. Back then, TOMO prices went from $0.35 to $2.09. 2021 is no exception. The price of TOMO skyrocketed to $3.45 in April 2021 and recently got to a record-breaking $3.50 per coin. The coin’s price continues to rise as we enter a brand-new bull phase of 2021.

Let’s take a break from numbers and look at coin publicity. For example, TomoChain has been mentioned in the articles by CoinTelegraph and Forbes. If such investment media giants show interest in the TOMO coin, it means they stoke hopes in the TomoChain project. At this point, it should be clear that TOMO won’t miss.

Where to Get TomoChain Coins?

While most exchanges include TOMO coins in their arsenal, most are centralized and mandate KYC procedures. For those who seek anonymity but still want to get TOMO coins, there is a decent solution. The solution comes in the face of Godex exchange.

Godex is the platform where you can conduct an LTC to BTC exchange, as well as exchange up to 301 other coins at the most profitable rates. Godex puts to work the strongest sides of TomoChain. It’s a secure, fast, and reliable exchange. With Godex, no KYC is needed. The whole process is incredibly fast and takes from 5 to 30 minutes. Godex is an ideal platform for swapping crypto tokens.

TomoChain has all the possibilities to take gold in this bull run and prove all doubters wrong one more time. Keep your hand on the latest crypto news, and you will make it to the moon.