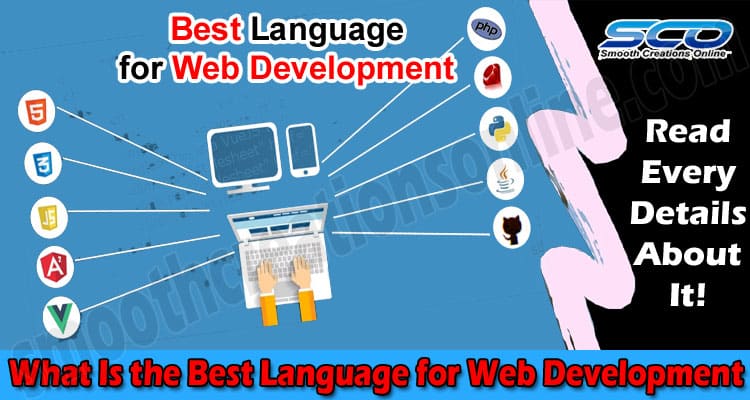 What Is the Best Language for Web Development? Check all essential details below.

While there are many different programming languages out there, it can be difficult to know which one is the best for web development. While some programmers might feel strongly about one language over another, it’s important to remember that what works best for one programmer might not work as well for another. That said, there are some general pros and cons of the most popular languages used for web development. Depending on your personal preferences and strengths as a programmer, you can use this information to determine which language is likely to suit your needs best. Here we will take a look at some of the most common programming languages and how they compare in terms of usefulness for web development.

The Basics of Programming

When people talk about programming languages, they are referring to “human readable code” written in a language that a computer can understand. Programming languages allow for a higher level of accuracy and consistency in computer programming. This can be useful in a wide range of applications, from creating simple word documents that you can edit with ease to developing complex computer software.

There are thousands of different programming languages to choose from, each with their own unique rules and syntax. When programming in one language, you must follow the particular syntax associated with that language. If you deviate from that syntax, your code will not run properly.

Javascript is one of the most popular programming languages in the world and is commonly used in web development. Although it’s not really a “new” language, it has seen increased popularity in recent years as a result of its use in developing single-page applications and other interactive features. Javascript is usually used in conjunction with HTML and CSS, making it the perfect choice for form validation, interactive elements, and other functional tasks within a website.

Java was designed to be a general-purpose programming language for a wide variety of applications, including desktop computers, mobile devices, and other hardware. Many different organizations use Java for their programming needs, which has led to it being one of the most popular languages in the world.

In recent years, Java has seen increased usage in web development as a substitute for server-side scripting languages like PHP. However, it’s important to note that Java functions differently than PHP and can’t be used in the same way. While web developers often use Java for back-end functionality, like storing data and running algorithms, programmers also commonly use it for creating user interfaces. It is an object-oriented programming language that is critical to a wide variety of computer systems. It’s used for everything from desktop and mobile applications to enterprise software and websites.

Many people have heard of HTML, but not everyone is familiar with what it actually is. HTML is a markup language that is used to create web pages. It’s usually paired with CSS to create visual elements and design layouts. While many developers use CSS and HTML to create websites, it’s important to note that these languages are not programming languages.

Instead, they are markup languages that are interpreted by a browser or web server and used to format and display content. While HTML and CSS are helpful for developing websites, they are not very useful for back-end programming or other tasks that require a functional programming language. That’s why many developers use these languages in conjunction with JavaScript.

Python is a general-purpose programming language that is used for a variety of different applications, including web development. One of its most appealing features is that it’s easy to learn and read, which makes it a popular language for beginners. Python is easy to read because of its simple syntax. It looks similar to English, which makes it more straightforward and intuitive to read and understand than other programming languages.

In terms of web development, Python is often used for back-end work, like transferring information between computers and storing data in databases. This can include tasks like creating artificial intelligence and natural language processing to respond to user requests. Python is used in a wide variety of industries, including technology, media, and finance. It’s also used in machine learning and scientific research.

Now that you know some of the most common programming languages, you can make more informed decisions about which language you want to use for your next project. Remember that while some languages might be better suited for a specific task, it’s important to understand how different languages work so that you can incorporate them effectively into your programming workflow.