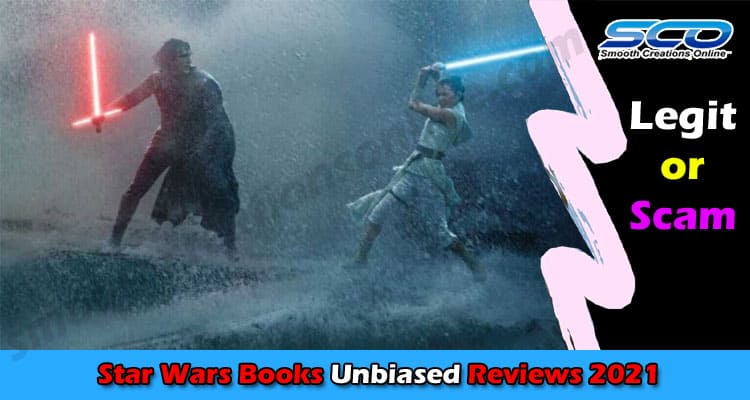 Star Wars Books – If you love Star Wars movies, you definitely must be a lover of Star War books.

Reading Star Wars books after watching the movies brings some great experiences. If you do, you will adore the books.

You can clearly see what the movie was all about and pinpoint all subtle things that made sense to you in the movie.

Once you read Star Wars books, you will find yourself hooked up, and you will be yearning to read one book after the other. Unless you are following a series, there is no problem with reading the books any way you want. You will still enjoy them.

I know you may be pretty busy; I will be fair enough to list the must-read Star Wars books to save you time. I’m inclined to think that if you watch the Star Wars movies in order, you are more likely to have a tighter grip on the fantasy of the books. It will make you fall in love with Star Wars over and over again.

I have selected the best five books worth reading. Any movie fan at one point wants to go behind the scenes and have a glimpse of it all.

5 Must read Stars Wars books of all time

We will start off with the Thrawn Trilogy that consists of the below three books.

If you are new to Star Wars, don’t worry, we have you in mind. We have compiled the books that will introduce you to the most amazing characters. Any Star Wars reader who hears the mention of Mara Jade, Darth Vader, Han Solo will have their heart skip a bit for joy. If your time doesn’t allow you to read all the novels or more, make it to these:

The novel introduces Grand Admiral Thrawn, who was a great villain. It’s in this novel that the Zahn Thrawn trilogy first came to the limelight.

The beginning of the book to the end has dwelt more on the issue of inner conflicts. The legacy left by the Thrawn still lingers in the minds of Star Wars fans even today.

The Battle of Endor led to the defeat of the Empire, and the glory days were no more to be seen. The New Republic seems to struggle to bring peace. Sadly, Grand Admiral became a huge threat to the booming New Republic within the galaxy.

And in his plans for setting up the Obra-skai system attack, he came into contact with Dark Jedi on another planet. He tried to bribe Jedi to work with the Empire by offering Leia and Luke.

The book is definitely worth the read. In fact, it was the first book to receive a Special Anniversary Edition 20 years following its publication.

Grand Admiral Thrawn finally took command of those who remained in the Imperial fleet. He launched a great operation to destroy the Republic, and he already had some hidden weapons and was ready to turn up the New Republic and put it under his iron rule.

Worst of all, Dark Jedi had his dark schemes directed towards summoning young Skywalker and ultimately found himself on the Dark Side. Later, the situation got worse.

Since this book hit the stores, hundreds of Star Wars fans have shown interest.

The saga came to an end with the Last Command. Thrawn mounted up his last siege. He had already marshalled the Imperial Forces remnants and had already driven the Rebels back. During this time, Chewbacca and Han were in a real struggle to come up with a smuggler’s coalition to the final hit to attack the empire.

Leis was ready to welcome her Jedi twins. The Republic was once left with some hope to send a small force to the headlock that housed the dreadful cloning machines owned by Thrawn.

The battle was not yet until Dark Jedi moved to the Rebels to finish what he had already begun.

The book began with the galaxy invasion despite the efforts made by the New Republic. Remember Yuuzhan Vong aided the acts.

We got to see Leia, Han Solo, and others who prepared to overhaul the unprepared Republic. The battle led to the killing of too many and destroying the planets.

The battle also led to the overthrowing of Yuuzhan Vong to save the galaxy.

It seems all the efforts to establish a new territory had borne fruits. The war loomed, and the Galactic Alliance challenged some rebellious worlds. The approaching wars seem to tear Solo and Skywalker families apart. At this time, Han and Leia went back to Han’s homeworld, and their children (Jacen and Jaina) became soldiers in the Alliance campaign meant to battle the rebels.