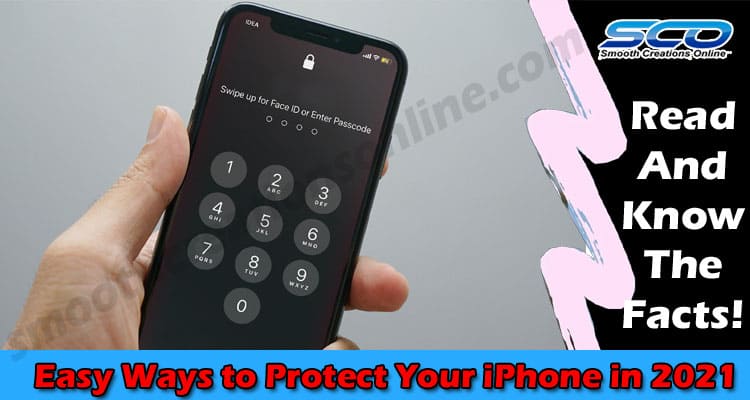 Easy Ways to Protect Your iPhone in 2021  >> How much information do you think is on your iPhone? Surely, your iPhone contains, at minimum, a large amount of personal information and maybe even your payment information.

If someone were to hack your iPhone, you’d be in for a bad time. And despite popular belief, Apple’s products are not invulnerable to malware, malicious apps, or security flaws found in networks.

Today, let’s go over a few of the threats facing iPhone users today, along with a few ways you can protect your iPhone from being hacked or breached.

When people think of malicious apps (or malware in general), they probably think of Google’s Play Store, which is much less strict than Apple’s App Store. The truth, however, is that there are many harmful apps on the App Store, and anyone could fall victim to them—at least until Apple does something about them.

You may not think about the networks you connect to often, nor their security. After all, if a public place offers free Wi-Fi, it must surely be safe to use, right? Unfortunately, the answer is no. Public networks are often unprotected and lacking when it comes to encryption.

This lack of encryption means that it is very easy for a hacker to steal the data of any user on that network. And some “public networks” are fake networks set up by said hackers!

How to Secure Your iPhone

Use a VPN on Unprotected Networks

Some people have no choice but to connect to networks considered unsafe, unprotected. If you’re one of these people, there is a way to stay safe while on such a network: a Virtual Private Network (VPN).

With a VPN for iPhone, you’ll be able to encrypt your connection to the network, meaning that hackers will be unable to steal your data, even if they’re on the same network. It’s a simple, effective solution.

Apple is notorious for its strict vetting process. If an app doesn’t meet its standards for functionality and security, Apple does not allow the app onto its store. However, some stragglers make their way through. These malicious apps can infect users’ iPhones with malware, crypto-miners, and more.

Yes, even on the App Store, you need to be careful about what you download; do not download random apps without first checking if it’s safe. And if you think an app may be unsafe, do not download it, period.

Apple pushes out iOS updates frequently and said software updates often contain security fixes. These fixes can range from minor improvements to the operating system’s security to major fixes to prevent newly-discovered hacks from affecting users. Be sure you update iOS as often as possible—meaning as soon as an iOS update is released to the public.

iPhones aren’t immune to hackers, unsecured networks, or even malicious apps that Apple promises aren’t on their store. As a result, it’s up to you to protect your iPhone. Fortunately, it’s plenty easy to do!