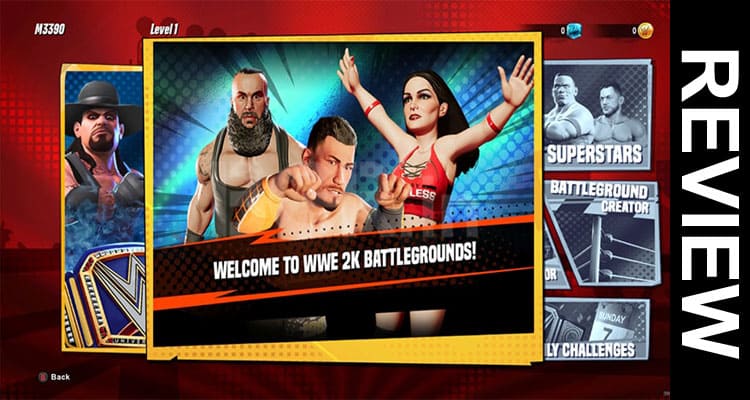 WWE Battlegrounds Review: The WWE games have been a great draw with more than one iteration over the years and years again. Now, a new game has come up to join this, namely WWE 2K Battlegrounds. The game has launched a few days back, and most of us have been playing this game for a while.

The game has already got fame around the various nations across the globe, including the United States, the United Kingdom, Canada, Australia, and so on.

Let us explore the ins and outs of this classic game and know how exactly it is through this review.

What is WWE Battleground?

In simple words, the WWE 2K Battlegrounds is a type of cartoonist game that give a take to the classic wrestling game. The game has launched by Saber Interactive and easy to play on Sony PS4, Stadia, Switch, Xbox One, and Steam. It has launched on September 18, 2020.

The regular version of the game is available at the cost of $39.99 and $49.99 for the Digital Deluxe edition. The company describes this game as a “world of wrestling: WWE” that is flooded with arcade action, all-innovative, in the face and all the favourite superstars of WWE. They created an interactive atmosphere across the world with all these legends.

Delve into the details of the game and know more about it with the help of WWE Battlegrounds Review.

Here are some of the details about this Saber interactive game which a player needs to know. Let us take a peek at these below:

Apart from an appealing battle of wrestling champions and superstars, the platform features players with a play in which the user can stay against the Artificial Intelligence or their kith via local as well as online matches. All the characters have some special abilities and power-ups.

In addition to this, various modes are available like Royal Rumble, Steel Cage, Fatal Four Way and many more.

Fun Take of the Game

The visuals of the game look like that we have seen in Fortnite and similar other games. The game does not have blood features, and it creates special light effects with the use of power triggers which is a new introduction in the WWE games. The game is rated as a teen, and it is a fun take.

Let us more about the game through WWE Battlegrounds Review.

After knowing all things about this game, we get to know that the game serves the wrestling lovers and help them to play through an interactive platform. Two versions are available, and it is compatible with all devices.

Please write down your experience in the comment section of this WWE Battlegrounds Review to know other players how the game is. We are delighted to assist you.