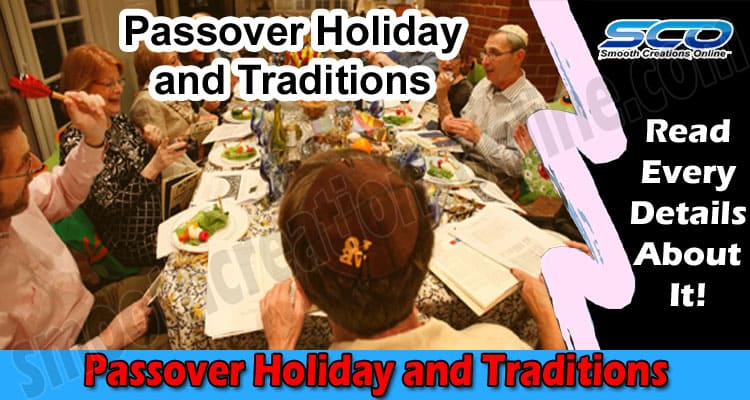 Passover Holiday and Traditions: Many people have heard of the holiday of Passover (Pesach) and the Passover seder but many don’t know what happened on those dates in Jewish history and why Jews celebrate the holiday. The holiday of Passover commemorates the Jewish people’s exodus from Egypt and celebrates the miracles of the Exodus. Passover is one of the Three Pilgrimage Festivals (the other two are Sukkot and Shavuot) when Jews used to travel to the Temple in Jerusalem to celebrate the holiday.

There are many customs and traditions associated with the holiday. One of the most important rules of the holiday is not to eat any chametz (foods made with leavening agents) on Passover as a reminder that when the Jews left Egypt, they were in a hurry and the dough didn’t have time to rise. They eat matzahs and special Kosher for Passover products for the entirety of the eight-day holiday. For observant Jews, there is a lot of cleaning to get rid of traces of chametz, shopping and cooking in order to prepare for this holiday.

Passover 2023 begins on Wednesday night, April 5, 2023 and ends on Thursday night, April 13, 2023 (Wednesday, April 12 in Israel). According to the Jewish calendar, which is based on the Lunar Calendar, the holiday of Passover begins on the 15th of the Hebrew month of Nisan. In Israel it ends on the 21st of Nisan and outside of Israel on the 22nd of Nisan. The holiday is always on the same dates of the Hebrew calendar but falls out on different dates on the secular calendar each year. Passover always falls in the spring season, usually in April and occasionally  the end of March.

Jews celebrate the first night of the holiday with the Passover seder. The hebrew word seder means “order” because of the ritual “order” or “arrangement” of the storytelling and eating at the seder.  Most Jews around the world celebrate the holiday of Pesach with the seder. The seder is very family oriented, often celebrated with extended family. The traditional seder has matzah, four cups of wine and a seder plate. The seder plate has special foods on it to symbolize the slavery and Exodus from Egypt. The seder plate consists of the shankbone, egg, bitter herbs, lettuce, charoset and a vegetable. These foods are eaten during the storytelling part of the seder and before the dinner meal is served.

At the seder, Jews follow the Haggadah, the book that sets the order for the Pesach seder, how the story is told, when to drink the four cups of wine, what to eat and when to eat. Although they might be reading from the same book, every seder can look very different. The Haggadah serves as a guidebook for the seder, interspersing texts with when to eat the ritual foods on the seder plate. There are thousands of different versions of the Haggadah written throughout history and reflecting different time periods and traditions. The Haggadah details the history of the Jewish people beginning with Abraham, Isaac and Jacob and the Jews descent to Egypt. Then recounts the years of slavery and the miracles of the ten plagues brought upon the Egyptians and the splitting of the Red Sea. There are tunes that accompany some of the text and Jews who grew up in different parts of the world might sing the same tunes to the songs of the seder. After the story is told and the symbolic foods on the seder plate are eaten, it’s time for dinner. After dinner, there is more singing and we end with “Next year in Jerusalem.”

The first two days and the last two days of Passover are similar to Shabbat in that all work is forbidden. They are days of prayer, food and rest. The intermediate days, in between the first and last days, are like weekdays but some people have a tradition not to go to work on these days.The ban on chametz, food with leavening agents, is for the entirety of the holiday. Passover is a very family oriented holiday. Some families have a Passover tradition of getting together for seder, similar to Thanksgiving, when the extended family gets together. Many people take vacation for the entire holiday and the children are off from school. The in-between days are perfect for fun family trips to the zoo, museums, parks or beach. Some families take this opportunity for a family vacation. There is a lot of work involved with cleaning and cooking for Passover so many choose to go away to an organized Pesach program. There are Passover programs in hotels and resorts around the world. The programs provide the seder and all the meals and they make sure to adhere to all of the rules of the holiday.