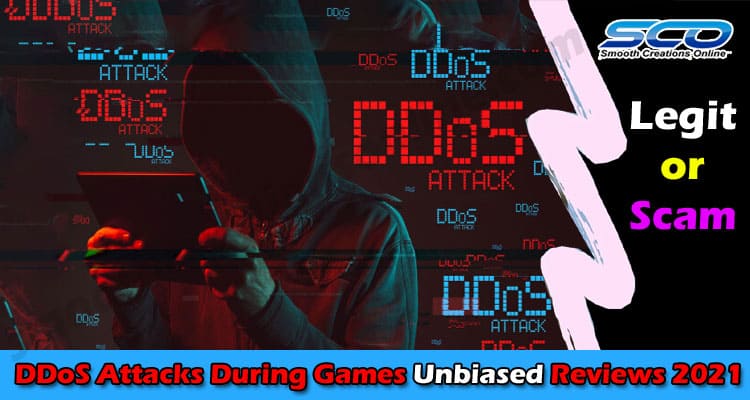 DDoS Attacks During Games” An increasingly common attack while playing an online game is DDoS (or Distributed Denial of Service) attacks. DDoS attacks attempt to make a server or service unavailable by having multiple systems send requests while the system only can service one request at a time. Such kinds of attacks can be very disruptive to online services and can result in lost revenue for companies.

The attacks can be quite effective in taking down a game or website, and they often result in long downtime periods while the attacked site recovers. That’s why a DDoS attack in gaming is quickly becoming one of the biggest threats gamers face in online multiplayer games.

Looking for some robust game server DDoS protection on Xbox Live and don’t know where else might find some help? You’re in luck because we’ve got what you need.

This blog post will cover everything from what Xbox DDoS attacks are, how it works, their repercussions on your privacy, and how you can protect yourself from DDoS during online gaming.

What is DDos in Gaming?

DDoS stands for “Distributed Denial of Service” and is the act of sending enough network traffic to overload a game to shut it down effectively.

Xbox DDoS attacks can be executed using malicious software or malware to control gaming devices such as computers, smartphones, and even Internet-connected appliances like routers and security cameras. These devices are then used to send overwhelming traffic to the target, clogging up its bandwidth and preventing legitimate users from accessing it.

How does a DDoS attack work?

DDoS attacks work by spoofing IP addresses (they appear to come from many different sources) with data packets meant to clog the system.

Many different methods can launch a DDoS attack, but the most common is known as a botnet.  A botnet is a collection of compromised devices; usually, computers, used to launch an attack. The attacker takes control of the devices by infecting them with malware and then uses them to send traffic to the target.

Botnets can be very large and include tens of thousands or even millions of devices. This makes them a powerful weapon for an attacker and can launch large-scale attacks that can cripple the target system.

How do you know if you’re getting DdoSed?

There are some telltale signs that you’re being DDoSed. One is that your website is loading slowly or not at all. You may also see a lot of requests for pages that don’t exist or multiple errors popping up. If your site is hosted on a server, you might also see a rise in CPU usage or a drop in available memory.

How to Prevent and Eliminate DDoS Attack on Xbox

How are DDoS attacks stopped? Nowadays, many dangers come with gaming online. One of these dangers is the risk of experiencing a DDoS attack. A DDoS while gaming can render you unable to play the game you’re trying to enjoy and can even affect your computer or device in other ways.

Here are a few techniques that you can use to protect yourself from these attacks:

If you are looking for how to protect yourself from DDoS on Xbox? There are many ways to defend against DDoS attacks, but the most effective is to use a good security solution such as a VPN service that can hide your IP address, making it difficult for attackers to track you. A VPN, such as VeePN, provides an extra layer of security that you can use while gaming to make it much harder for hackers to launch a DDoS attack against you.

VeePN provides powerful game server DDoS protection that will help to keep you safe from any potential attacks. In addition, VeePN’s network is incredibly fast and reliable, which is perfect for gamers who want the best possible experience. So, if you are looking for how to stop DDoS attacks on Xbox, a VeePN server can help you out! It provides excellent DDoS gaming protection making it the perfect choice for gamers who want the best possible experience. They also offer a free trial to their users to familiarize them with the entire VPN system before purchasing.

If you have a static IP address, resetting it every day will help to make you less visible to potential hackers. The simple technique to reset your IP address is to disconnect your Wifi router from the main and let it idle for at least ten minutes; now, you will be all good to go!

Be very careful about clicking on any links from unknown or suspicious sources. They could be leading you straight into a DDoS attack. Moreover, do not open emails from unknown email addresses – Hackers often use emails to deliver viruses, so you must do your best to keep them out of your inbox.

Device security tools are essential in protecting the gaming server from other types of attacks, such as malware infection, unauthorized access, and data theft. The cheapest way to do it is using antivirus software. The software will monitor all the incoming and outgoing network traffic for suspicious activity and report to the user immediately.

In addition to antivirus software, other measures can also be taken to protect the gaming server from DDoS attacks. These include using a firewall, implementing proper security procedures, and using traffic filtering tools. The gaming server can be protected from most DDoS attacks using these measures.

Xbox DDoS attacks are a real problem for gamers. I hope this article will provide you with valuable advice about mitigating future risks of DDoS attacks by implementing proactive measures like using VPN, resetting your IP address, installing powerful security solutions, and blocking external links. These recommended techniques for DDoS protection will make it difficult for the attacker’s botnet to penetrate or overwhelm your gaming server.