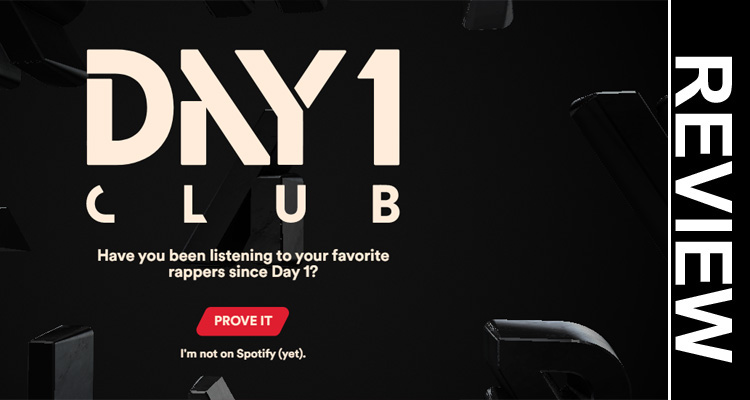 Day1club.Spotify Com (August) Let Us Know More About It! >> This article will tell you about Spotify’s hip-hop digital event taking place on the fifth anniversary of RapCaviar.

RapCaviar is a hip-hop playlist on Spotify, which is said to be the best and can give listeners an idea about the culture of this form.

In the United States, on the fifth anniversary of this playlist, RapCaviar will launch a Day 1 Digital Club experience. After accessing your listening stats and other information, it’ll give you a ranking based on when you first listened to that particular artist, and then give you a fan ranking.

As we mentioned earlier, the day1club.spotify com is a digital event or experience that users can enjoy on the fifth anniversary of the RapCaviar playlist of Spotify. In this event, you’ll get a ranking as a fan for the hip-hop artists you have subscribed to.

Based on how early you started listening to that particular artist, you’ll be given a Gold, Diamond, or Platinum status. The status is given to those listeners who have been listening to their most subscribed artists since they started.

To be a part of day1club.spotify com, follow the steps given below:

If you primarily listen to music on Spotify, then day1club.spotify com is something that you might find amusing. Based on your listening stats, it’ll decide how long you have been listening to your favorite hip-hop artists. The event gives ranking based on it. The amount of streams isn’t counted, but when the first stream took place is of relevance. The first 7-15% listeners get Gold status, 4-6% gets Platinum status, and 1-3% gets Diamond status.

Spotify announced this event for the fifth anniversary of its globally acclaimed hip-hop playlist, RapCaviar. This digital experience became quickly viral in the United States as users started sharing their fan status on social media.

If you listen to hip-hop music on Spotify, you should also try it and find out how long you have been looking to your favorite artists. It’s a fun event, and there’s no harm in participating.